Water, cement, stone, and steel—these materials can be used to make a home or building, and that has been the way ever since people discovered they can construct monuments and places to live. Nowadays, construction is one of the most lucrative businesses simply because the need is always there. Although we eventually got used to the traditional way of construction, it hasn’t hindered technology and innovation from improving it. This is evident when it comes to the materials. There have been some changes made, and many of them are for the good of the environment and the people living in it, of course. Here are a few of them.

The top of a structure serves many purposes, including protection and additional space such as that used for parking or verandas. But if you want to be in with the times when it comes to your roof, you can implement the use of many of the new designs and materials that are available. One example is polycarbonate roofing which is a lightweight but strong material for a UK home. Another is the implementation of solar roofs which can serve as panels for absorbing the sun’s energy and converting it into electricity. That’s environment and wallet friendliness all rolled into one. Save energy and save more money!

Bricks are some of the oldest construction materials in existence, and they’re still in use today. It started off as mud mixed in with some kind of reinforcement – usually hay or dried papyrus leaves – that was shaped and laid out in the sun to dry. Nowadays, it’s more than just earth and water. We now have bricks that are not only stiff and sturdy but also absorb pollution in the air. They literally absorb harmful elements such as smoke and other dangerous particles in the air. This is achieved through what’s called cyclone filtration that’s placed inside the bricks. It can serve as something that can work for the well-being of the people who occupy the home or building, as well as a system that helps ventilation become much easier. 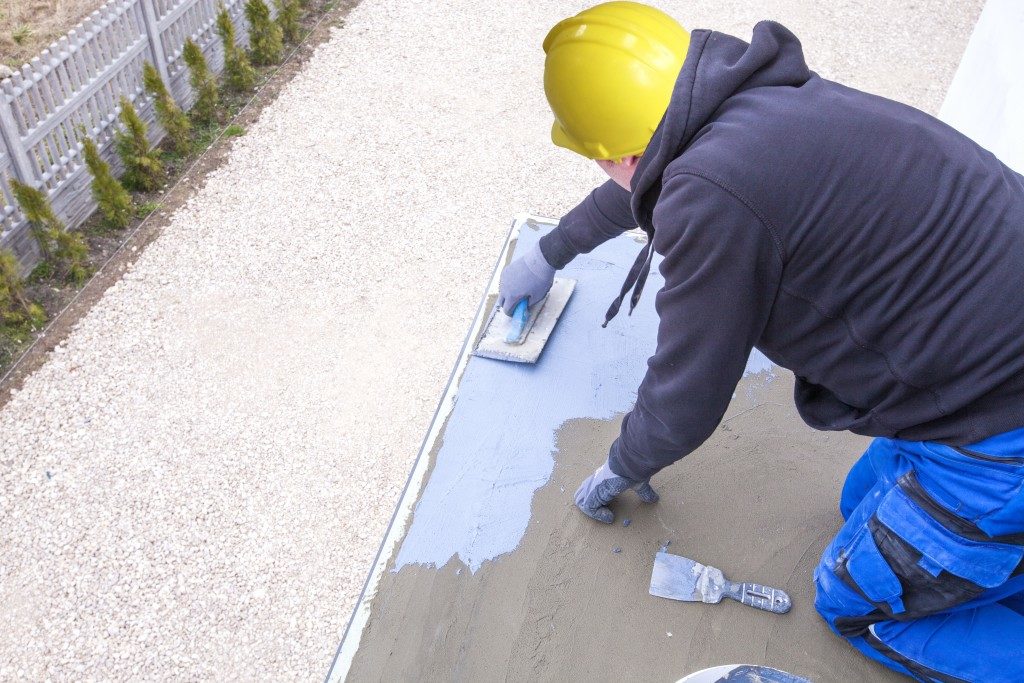 Cement is also one of the essentials when it comes to modern construction. It is versatile and can be shaped according to your design needs. But when you look at it, it’s just plain grey until you decide to paint it. But as we moved forward with technology, certain changes have been done to the aesthetic aspect. One of those innovations is a type of cement that lights up. It sounds like it’s from a work of science fiction, but that is as real as life itself. It was achieved by the use of a process called polycondensation, which uses materials such as silica and alkali water. The effects are stunning and can even become the highlight of a structure. We’re not going to just chase pavements now, they can also light our way.

Every day we find something new in whatever field we take a look at. If you want to be different yet efficient, then these materials can be the answer to your problem. Aside from being new, they’re also one way of making the world a much better place while being important parts of creating beautiful works of architecture.