Most people have little understanding of what constitutes eating disorders. Often, they think that individuals suffering from eating problems are merely obsessed with food, the shape of their body, and how much they weigh. While there’s some truth to it, eating disorders are more than just that.

Eating disorders are not to be taken lightly. A person’s eating behavior can become so disturbing to the point that it can cause physical and mental problems, even death.

Fortunately, eating disorders are treatable. You should learn more about the types of eating disorders and their symptoms so that you can identify warning signs early and be able to seek treatment immediately. If you have bulimia, for example, you can know more about the many treatment options for bulimia nervosa if you’re well aware of the illness.

Here are the most common eating disorders and their symptoms:

At first glance, it’s difficult to say if a person has bulimia or not. People suffering from this disorder might be slightly underweight or overweight. Their eating behavior is marked by recurring and irrepressible episodes of eating vast amounts of food, followed by an uncontrollable urge to rid the body of what they just ate by over-exercising, fasting, taking diuretics or laxatives, and vomiting.

You might have a binge-eating disorder if you can’t control the urge to eat large amounts of food regularly. You’ll even continue to eat when you’re already full. It also doesn’t matter if you’re not hungry because you’ll still eat then.

After each episode, you start to become ashamed, disgusted, and guilty of your behavior. Because of these feelings, you end up hiding your bingeing and often eat alone. 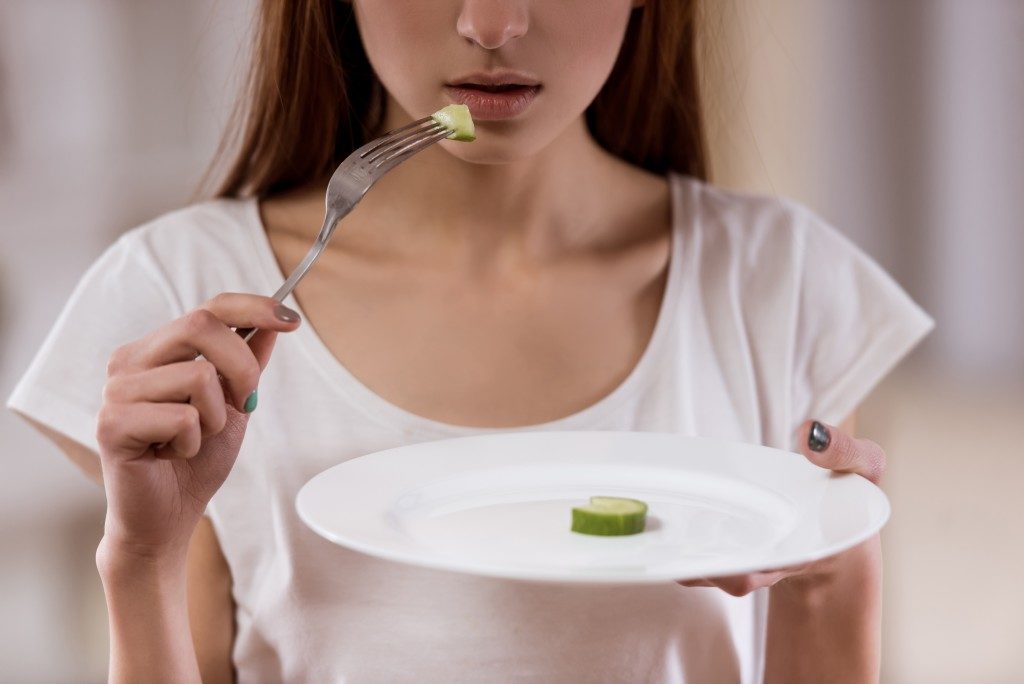 Anorexia is an eating disorder that most people are familiar with. It is popularly depicted in movies and television shows.

A person with anorexia feels an uncontrollable urge to exercise and lose weight to an excessive level. As a result, people suffering from anorexia are extremely and disturbingly thin.

Of all three common eating disorders, anorexia is the most fatal. Because sufferers don’t eat and exercise too much, they lose all the nutrients that their body needs. This is coupled with episodes of depression, anxiety, perfectionism, seclusion, and a distorted idea of body image.

Healthy people often think that unhealthy lifestyle choices cause eating disorders. They are not. There has been no discovery of a single cause of eating disorders in an individual. Scientists are only beginning to understand that eating disorders are caused by a combination of social, psychological, behavioral, and biological factors.

With proper treatment, serious complications caused by these disorders can be reversed, and people suffering from them can start healthy eating habits.